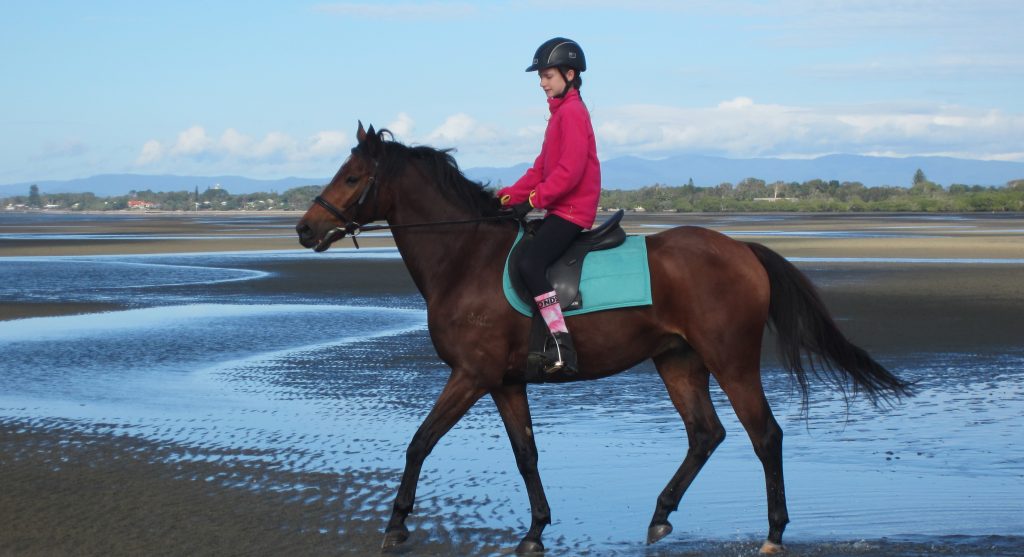 Last weekend I went to my first pony club camp. Not only was it camping, but camping with horses! It was such a great experience because we all had so much fun and got to know each other a bit better.
My highlight of the weekend was the beach trip. At first I thought my pony, Ruffy, was going to go crazy because he gets scared of a lot of things but he didn’t (thankfully). By the end of the ride everyone was at least trotting around through the water. It was a great start to the camp.
I also really enjoyed my lesson with Ruth White. She is such a great instructor and knows exactly what to do with whatever horse you have. Because Ruffy is quite lazy and stiff we worked on loosening him up and getting him to go faster. By the end of the lesson he was much more responsive and whizzing around the indoor arena.
That afternoon at camp we saw a huge green tree frog and named it Gary because we were in Burpengary. Everyone had heaps of fun roasting marshmallows and playing games. On the second night we watched a movie called The Princess and the Pony.
I think everyone made new friends or made old ones stronger. We shared our camp with a few families and I certainly had a lot of fun and so did the parents. Camp was the best even when it rained. It just meant more mud to play in!
I’d like to thank all of the instructors, especially Erika and Sandy for all of the organising and running around. I would also like to thank Kylie and Mark for taking Ruffy up to camp and thanks to Claire for letting us share her huge tent. I can’t wait until next year. 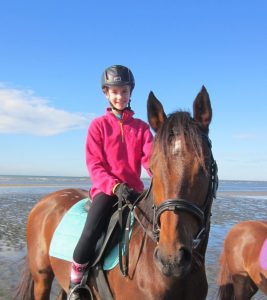 Amber and Ruffy on the beach for the first time 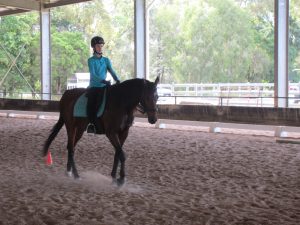 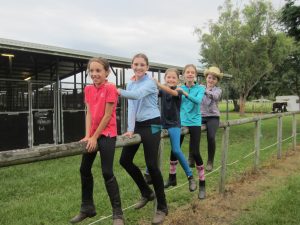